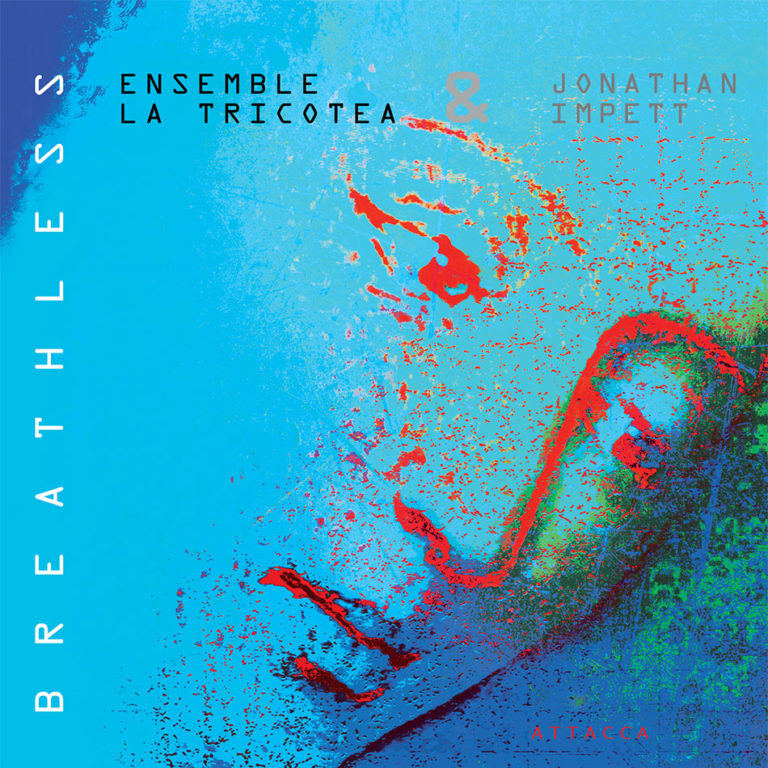 This revolutionary combination of baroque oboe, its sisters oboe d’amore and oboe da caccia, and baroque bassoon, wind instruments of old world boxwood, leather and double reeds, together with modern gleaming brass saxophones and percussion is the only ensemble of its kind.  Yet these instruments, though 250 years apart in age, have such similar timbres that one would seem to hear a choir.

With Breathless, their second CD, the pieces are again readied for baroque and modern instruments, but the group takes a step further in their quest for musical consensus by recruiting a particularly young instrument: modern electronics.  Early medieval polyphony is combined with music so young it requires state-of-the-art software and electronics to be reproduced.  Trumpet player Jonathan Impett, inspired by La Tricotea’s selected music, has composed pieces which in essence are a modern echo of the centuries-old compositions.  The lure of Machaut’s ‘Gloria’ elicits a modern-day response in ‘Memoria Colorata I and II’, as does ‘Prado verde y florido’ in ‘Prado Florido I and II’.  Though medieval and contemporary music form the two outer borders of Western polyphony, they somehow seem to elicit similar emotions and associations.

What most intrigues the ensemble is the story that can be heard in a piece of music.  From this starting point, La Tricotea, with an amazing combination of instruments, takes you aloft to where a small bird hovers over friendly cattle.  A distant foghorn breaks the silence on a veiled shore.  Tumbleweed flees across the plains.  The unexpected twists and turns in the music take you in all directions and tantalize until the last note has disappeared.